Louis McManus: With a Heart and a Hand 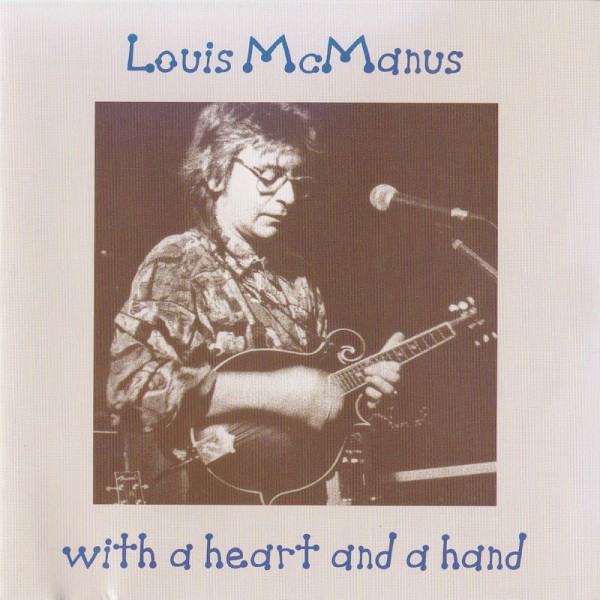 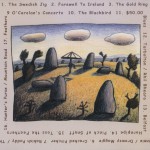 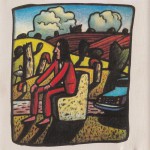 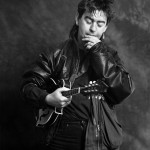 With a Heart and a Hand
“This CD is dedicated to my father, Louis McManus Snr, my Grandfather Owen McManus, and Martin Byrnes, who have each had a deep and lasting influence on me, and my music, and the way I play it.”
Louis McManus

Louis McManus died on 12 December 2004, aged 48, but had been unable to work as a professional musician since 1997 when he was hit with the first of four debilitating strokes

With a Heart and a Hand is a compilation of performances by Louis spanning almost 25 years. It was produced by his wife Max, aided by friends and colleagues, following his second stroke in 1998, which forced him to abandon plans for a solo CD. There are appearances at clubs and festivals and odd tracks recorded in studios, some at the ABC (Australian Broadcasting Corporation). Although the disc is really a scrapbook, Louis’ technical brilliance and sense of musical fun shine through very strongly.

“Louis McManus is, in my view, one of the great musicians alive today, and there are several good reasons for thinking so. A blotting paper memory, a great sense of humour (musical and otherwise) and, much more unusually, a fabulous intuition fed by his firm roots in the Irish fiddle music taught initially to him by his father, but which he allows to take him anywhere he musically fancies. One by-product is the galvanising effect which he has on those musicians who are lucky enough to play with him. It’s not always an easy ride, because hallmarks of his playing are risk and daring, but the end result can be electrifying. He’s an inspiring bloke to be around, as I discovered personally in Australia in 1989 when the Perth Festival arranged a shotgun wedding for the two of us for two gigs. The result lives in my memory”
Martin Carthy

They say LOUIS MCMANUS jnr. was born with a mandolin in his hands. Certainly by the time he was six, he was picking Irish dance tunes, and by the time he was eight his father Louis Snr, (who played fiddle), swears he could teach him no more. After the family moved to Melbourne in 1962 they became one of the mainstays of the Melbourne Irish trad and dance music community. Through his teenage years he developed into a brilliant multi instrumentalist, equally stunning on fiddle, guitar (electric & acoustic), bouzouki, tenor banjo and his favourite instrument the mandolin. On a trip to Ireland in his early teenage years, he amazed many prominent and respected Irish trad musicians with his maturity and sheer brilliance and after being badgered into entering with a borrowed instrument he won an all Ireland banjo comp.

His life was destined to be music and at that time he played with the first truly professional Irish Australian trad band The Ramblers who successfully toured Ireland in 1975. Louis could adopt his skills to many styles and in his time played with many great line ups of the Bushwackers, No Fixed Address, Matchbox, Mick Thomas, Shane Howard, Broderick Smith and many many more. He also did countless recording sessions for album, radio, TV and live theatre.

Louis never got round to making an album under his own name, he played on plenty, but while much discussed and planned, he fell victim to stroke before he could actually record it.

All who heard Louis play will never forget his complete mastery of his instruments and the genius of his music, some of which can be heard on the independent compilation CD With a Heart and a Hand complete with wonderful cover art work supplied by his long time friend Reg Mombassa.

“Louis McManus was a one-off. Intelligence and wit informed everything he did from telling a joke to playing a reel. There was no funnier or more acerbic observer of the human condition. People loved to hear Louis play because he expressed his life in every note. It all came together in his idiosyncratic mandolin solos with their classical structure, clarity of expression and crazy energy. He used to say “Maaaaate, every tune is a (*&%#@#) story ” – and nobody could tell a story like Louis.”
Dan Bourke