Diana May Clark: The Other Side of the Girl 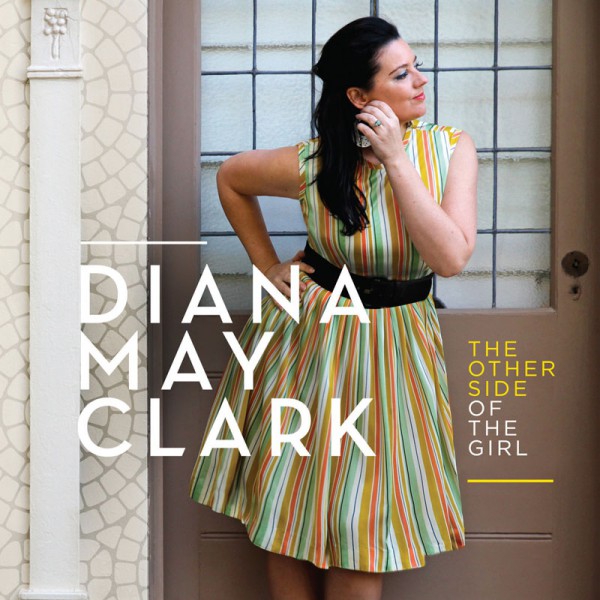 Established Melbourne-based Brazilian song interpreter Diana May Clark releases her debut original album The Other Side of the Girl. Her Sunny Set embraces pop and psychedelic styles with her love of Brazilian music into a new mix that is unique and instantly charming.

“From the get go, Diana May Clark & The Sunny Set’s music makes you wanna undulate. Not nod your head, not tap your toes nor click your fingers – you wanna move your hips… Later, you can lie on your back staring at the sky and let the sublime blend of voice and music take you slipping through time like sunshine through tree tops.  You’ll be needing a rest after all that dance floor action.”  Pat Monaghan (Basement Disks)

“An amazing sounding record, where each and every song is an event! Musically, lyrically and rhythmically brilliant and topped off with a voice of sheer delight to the ear.” Charles Jenkins

DIANA MAY CLARK
The Other Side of the Girl is Diana May Clark’s first full length original album, released in November 2014. Produced through a 60s Pure Pop filter by Greg Arnold (Things of Stone and Wood), this is an album of summer anthems. Diana’s songs speak of the wheel of life, travel, unity and having an escape plan.

With an established background as a Brazilian song interpreter (her main collaborator is husband/guitarist Doug de Vries), Diana made a successful genre jump in 2013 when her first single release, Sunny Daze, a hooky 60’s pure pop extravaganza, was shortlisted for National & International songwriting awards. The Sunny Daze clip was featured on Rage and Clark has subsequently released a string of singles and clips (Blueprint, Tango Noir, In Love with Love, Batucada Bonde tramsong).

“Driving this new band (The Sunny Set) is a revelation!” She says. “After the bliss of singing Portuguese for many years I began to crave the connection of performing in my mother tongue, and found some great song writing mentors in Oz folk/rock artists Charles Jenkins (The Zhivagos) and Greg Arnold. I then discovered the insightful teachings of Berklee lyrics professor Pat Pattison.

So with the encouragement of Arnold who went on to Produce the Album, I’m singing all originals, while playing with a kick ass rhythm section including ‘Doc’ de Vries as I’ve re-named him, on electric guitar and Maddie Weybury (WhooHoo Revue) on bass. We’ve carved a fun sound and really wanna share it.”

De Vries and Clark have established a loyal fan base in Australia and travel to Brazil regularly for collaboration and inspiration for their compositions. The duo’s recordings A Knot in the Wood and Three Shadows of Blue winning Arts Critics favour in the USA for their fine interpretations of Bossa and Brazilian Popular Music. Together they have been intoxicating audiences throughout Oz, the Pacific, Brazil and beyond.

In 15 years Clark has released 5 CDs, 1 EP, and 2 singles; been a finalist in national and international Jazz singing comps, won best song/album in the contemp a capella recording association awards (USA) within vocal group Akasa, directed the 400 voice Melbourne Millennium Chorus in concerts for Refugees, East Timor and Reconciliation, published the Borboleta Brazilian Songbook and along with de Vries established Brazilian music studies at NMIT Bachelor of Music in Fairfield, Melbourne; where she also enjoys teaching singer/songwriters.

DIANA MAY CLARK: THE OTHER SIDE OF THE GIRL
released 15 November 2014

All songs written by Diana May Clark except Vanilla vs Barcelona, Amandinha & Hang On – Clark/de Vries & Mama Africa – Chico Cesar with English lyric by Clark

There are no reviews yet.

Be the first to review “Diana May Clark: The Other Side of the Girl” Cancel reply