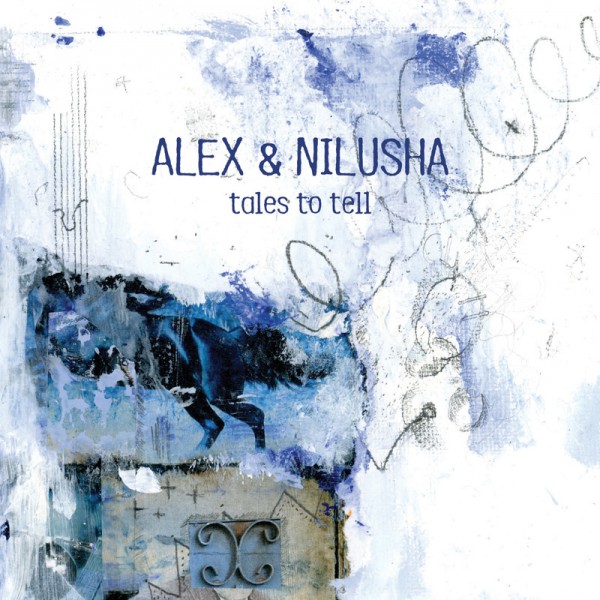 Tales To Tell takes its listeners on an alluring journey of sounds gathered from around the globe and Alex & Nilusha’s home town, Melbourne.

ALEX PERTOUT
Chilean born Alex Pertout has for decades being recognised as one of Australia’s leading percussionists and with credits on hundreds of albums and soundtracks is undeniably one of Australia’s most recorded musicians. Alex has also attained credits with television orchestras, in countless live performances, in the theatre and as a respected educator.

Alex has produced cds as a multi-instrumentalist/composer, has a book released worldwide by US publishers Mel Bay, is a regular contributor to Drumscene magazine and is endorsed internationally by Meinl percussion, Sabian cymbals and Vater sticks. Alex holds an MPhil in Music from the ANU and is a Senior Lecturer and Head of Contemporary Music Performance at the Faculty of VCA, University of Melbourne.

She has been the resident vocalist/arranger for the 7 and 9 Networks on various shows including Australia’s Got Talent, Singing Bee, Hey, Hey It’s Saturday, Carols by Candlelight, The Footy Show, X Factor and It Takes Two, has been invited to sing the national anthem at various international sporting telecasts including the prominent Boxing Day Test Match at the MCG, and featured on the theme song from the television drama series Canal Road.

Nilusha recently completed an MPhil in Music at the ANU and has the unique distinction of graduating from both the School of Music and the School of Art at the Victorian College of the Arts, The University of Melbourne where she obtained a Bachelor Degree in Music with Distinction and a Bachelor of Fine Art majoring in Printmaking. Nilusha is also an experienced educator conducting regular classes at VCA and NMIT.

Distributed by The Planet Company/MGM