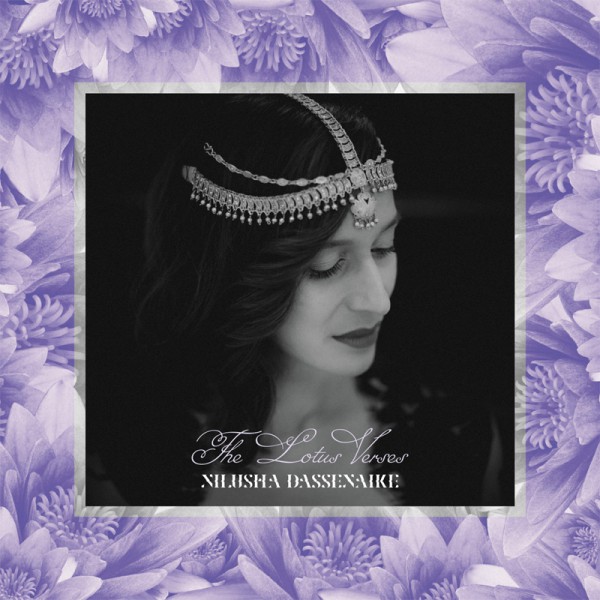 Primed with a pure velvet voice that crosses two languages and composing and arranging skills that weave together a rare synthesis of contemporary jazz and Sri Lankan folk music, Nilusha Dassenaike has crafted a debut album that takes an entirely fresh approach to contemporary vocal improvisation by integrating elements of soul and pop with the rich traditions of jazz, world music and so much more.

“For the lovers, the explorers, the storytellers, the admirers, the teachers, the worshippers, the listeners, the dreamers, the workers, the musicians, the fighters, the courageous, and the believers. The Lotus Verses is for you.

Through these new compositions and old Sinhala melodies arranged in new ways, I have tried to bring together your world and mine.

This dialogue between contemporary Australian composition, Sri Lankan folk music and improvisation, is new but somehow I have a feeling there will be many more conversations to follow.”
Nilusha Dassenaike

Contemporary Singer, Nilusha Dassenaike (BFA Visual Art, Bachelor of Music Performance (Improv) 2004), talks about the Contemporary Music program at the Victorian College of the Arts and the cultural influences that have shaped her music career.

She has been the resident vocalist/arranger for the 7 and 9 Networks on various shows including Australia’s Got Talent, Singing Bee, Hey, Hey It’s Saturday, Carols by Candlelight, The Footy Show, X Factor and It Takes Two, has been invited to sing the national anthem at various international sporting telecasts including the prominent Boxing Day Test Match at the MCG, and featured on the theme song from the television drama series Canal Road.

Nilusha recently completed an MPhil in Music at the ANU and has the unique distinction of graduating from both the School of Music and the School of Art at the Victorian College of the Arts, The University of Melbourne where she obtained a Bachelor Degree in Music with Distinction and a Bachelor of Fine Art majoring in Printmaking. Nilusha is also an experienced educator conducting regular classes at VCA and NMIT.